Heritage is less than a week away from being released. It seems every year heritage gets released, i log on ebay and find autographs from various years at amazing prices. So what did i do? i bought a few. 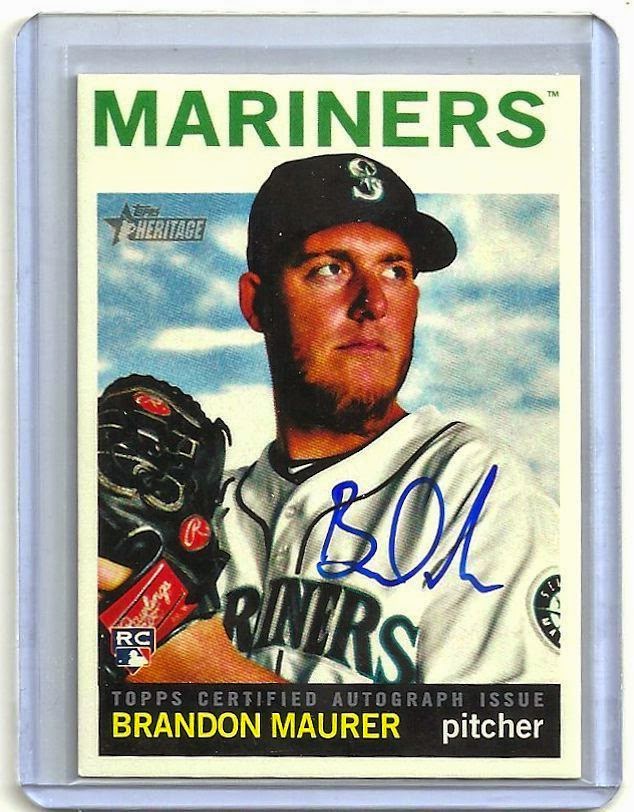 Brandon Maurer. Who is that? Maybe someone who follows the Seattle Mariners can educate me on the subject. Out of all the years i have completed, 2013 is the year i have the most autos(23) so this was a nice addition. I don't know how much bigger my binder can get. 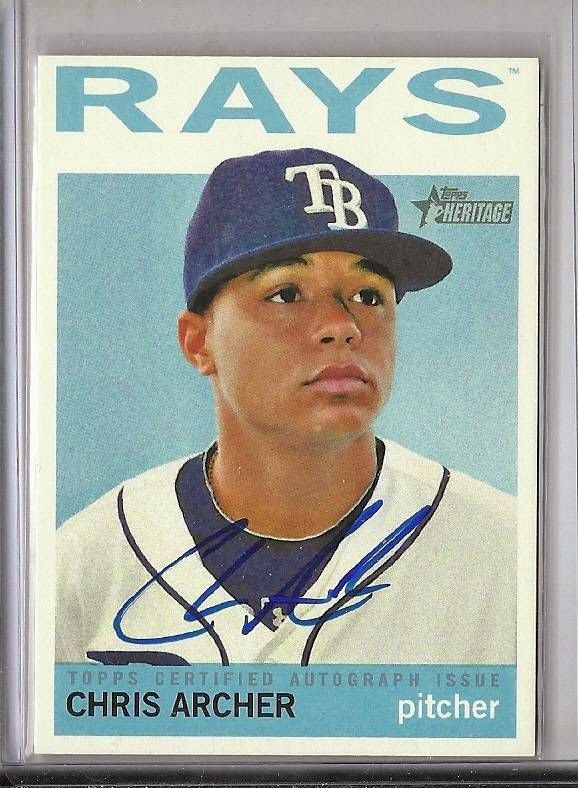 Hey! I know who this guy is! I've seen this one pop up online at insane prices. So, i did what i usually do in order to get it at  a fairly reasonable price, wait. Well, i waited and waited long i tell you! a year and a half later i found one, and coughed up a Hamilton for it. I've never seen the red ink version surface anywhere. Im going to be waiting longer on that one. 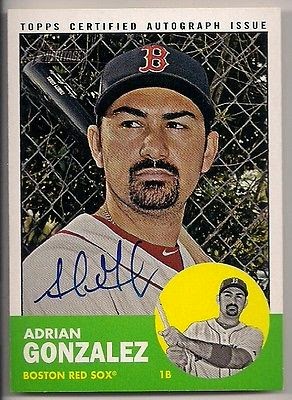 Dodger Fans will probably enjoy this one. He won a silver slugger and a gold glove in 2014. This slugging first basemen played with the Red Sox the year this was issued.  I remember dealers at shows wanted 100 bucks for this. I couldn't picture myself paying that much for a current players auto. 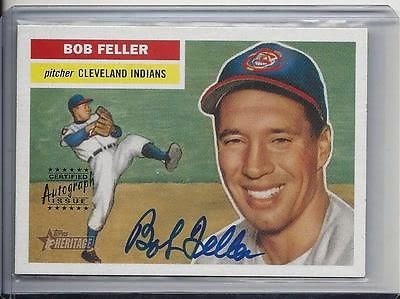 2005 Heritage Autos aren't easy to come by, especially when it comes to hall of famers. I did jump all over this as soon as i laid my eyeballs on it. Much like Mr. Gonzalez, i saw this going for 1 Franklin back in the day. So, i took advantage. My 2005 auto section is quiet, but this will make some noise for sure.


Posted by The Topps Baseball Fanatic at 9:32 PM